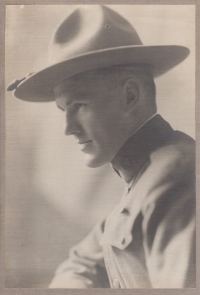 Part One, Holding onto the Silver Greyhound's Tail, by Wallace F. Hamilton

Part Two, The Man Who Wrote This Story, by Felicita Trueblood, March 2017

Wallace Hamilton survived the first World War by being pulled from the Front in early August 1918 and told he was being assigned to the “Silver Greyhounds” Overseas Courier Service. He and the OCS commanding officer, Amos J. Peaslee, became lifelong friends. Peaslee co-authored a book in 1944 called “Three Wars with Germany” recounting many of OCS adventures. In 1968, Hamilton wrote an account of his adventures, as head of the Paris OCS office, and sent it to Peaslee, who encouraged him to publish the story, as little is still known about the short-lived but vitally important courier service that provided diplomatic communications during the last months of the war. The OCS continued to assist the Peace Commission well in to 1919, reestablishing diplomatic contact with far flung parts of war-torn Europe and the Middle East. Hamilton recounted his adventures to his young daughter, who long ago made it her mission to have her father’s story told, adding her own reflections of growing up in the 1960’s in the shadow of this man’s great adventures. 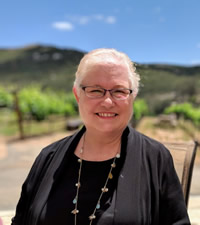 Felicita Trueblood has been thinking about completing the writing that her father started for well over 40 years, as a major in Literature at the University of California, San Diego. Now semi-retired, she was able to fulfill her father’s wishes and tell his story just in time for the 100th anniversary of the Diplomatic Couriers and to celebrate the centennial of the November 18, 1918 Armistice agreement. She hopes that The Silver Greyhounds website will introduce a relatively obscure piece of WWI history, and the man who was part of that history, to the general public.